It’s show house season and this year WestEdge is proud to be a partner of two Los Angeles area show houses, the Wattles Mansion Designer Showcase and the Pasadena Showcase House of Design.

First up is the Wattles Mansion Showcase which will be unveiled this week and is open to the public March 23-April 16. The 2017 theme, Hollywood History:  The New Classics, will demonstrate through interior design how to reinterpret a historic home for today’s contemporary lifestyle.

The magnificent Wattles Mansion was built in 1908, and was the original home of famous financier Gurdon Wattles who bankrolled much of early Hollywood.   It’s a classic Mission Revival masterpiece designed by Myron Hunt and Elmer Grey, who also designed the Huntington Library, the Rose Bowl and the now-gone Ambassador Hotel.  Today the residence, owned by the City of Los Angeles Department of Recreation and Parks, comprises the only remaining example of a pre-film industry Hollywood estate.  It continues to receive lasting improvements to help preserve its status as one of the finest turn-of-the-century estates in Hollywood.

The Wattles Mansion will be open Thursdays through Sundays through April 16, from 10:00 AM to 5:00 PM. Admission is $40 per person and groups of 20 or more will be $35 per person.  For ticket sales, visit reitzhausproductions.com or wattlesshowcase.com. 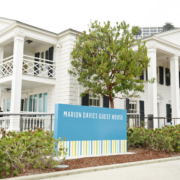 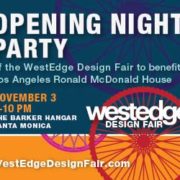 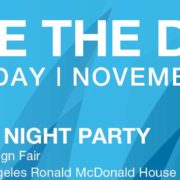 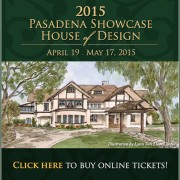